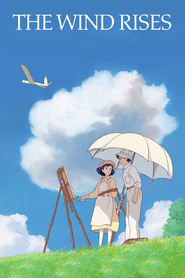 The Wind Rises is the 11th animated theatrical film directed by Hayao Miyazaki at Studio Ghibli. Based on Miyazakiâ€™s own manga and the 1937 short novel of the same name by Tatsuo Hori, this is the story of JirÅ Horikoshi, the aircraft engineer most remembered for his design work on the Mitsubishi A6M Reisen â€œZeroâ€, Japanâ€™s famous World War II fighter aircraft. During the WWII years, the Miyazaki family business manufactured aircraft parts, including the windshields and rudders used on the Zero.