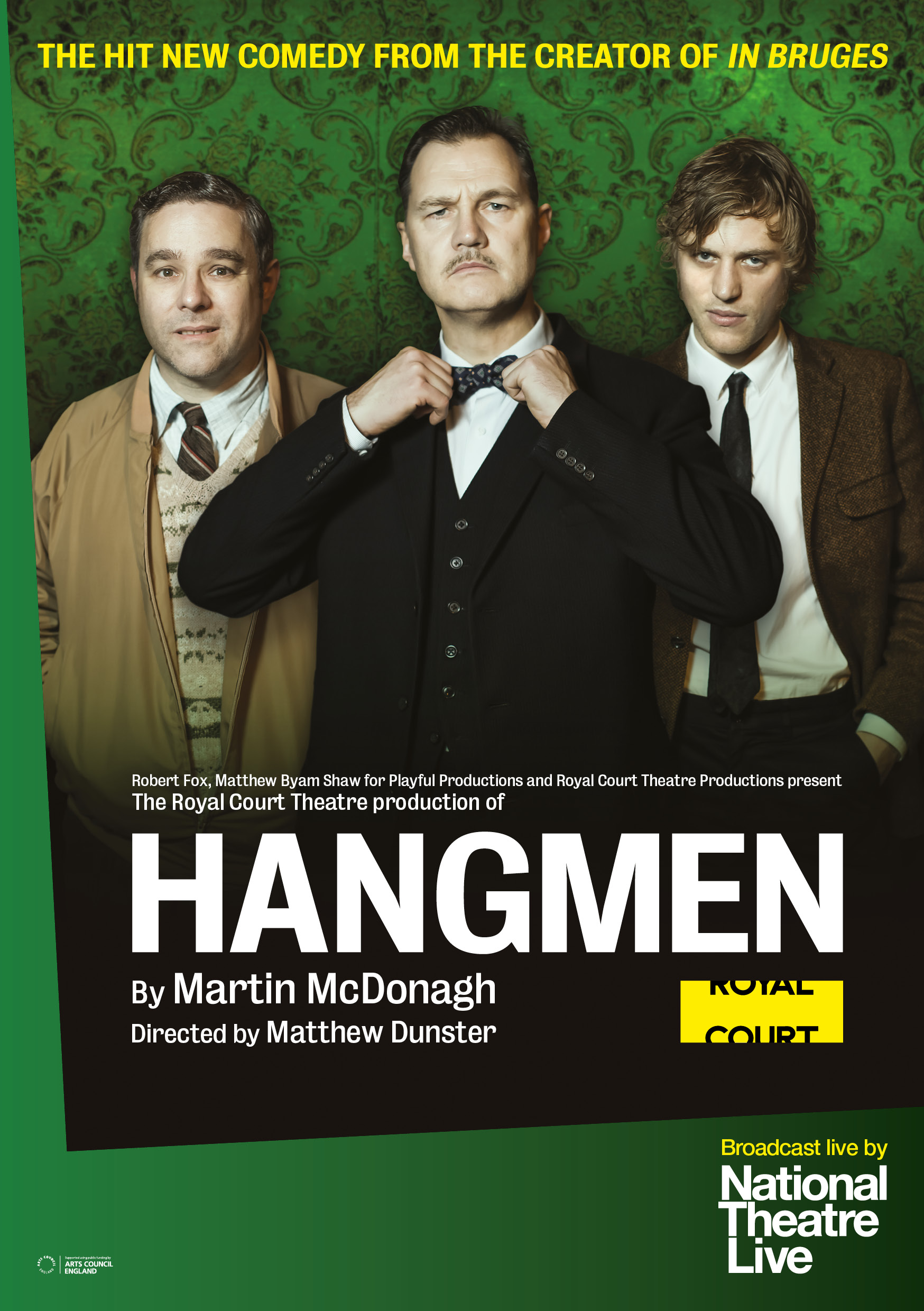 Following a sell-out run at London’s Royal Court Theatre, Olivier and Academy Award® winner Martin McDonagh (The Pillowman, The Cripple of Inishmaan, In Bruges) returns to the West End with Matthew Dunster’s award-winning production of his deeply funny new play Hangmen, broadcast live to cinemas by National Theatre Live. In his small pub in the northern English town of Oldham, Harry (David Morrissey – The Walking Dead, State of Play) is something of a local celebrity. But what's the second-best hangman in England to do on the day they've abolished hanging? Amongst the cub reporters and pub regulars dying to hear Harry’s reaction to the news, his old assistant Syd (Andy Nyman – Peaky Blinders, Death at a Funeral) and the peculiar Mooney (Johnny Flynn – Clouds of Sils Maria) lurk with very different motives for their visit.