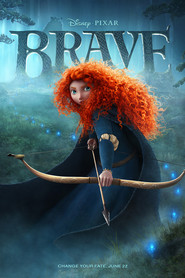 Brave is set in the mystical Scottish Highlands, where MÃ©rida is the princess of a kingdom ruled by King Fergus and Queen Elinor. An unruly daughter and an accomplished archer, MÃ©rida one day defies a sacred custom of the land and inadvertently brings turmoil to the kingdom. In an attempt to set things right, MÃ©rida seeks out an eccentric old Wise Woman and is granted an ill-fated wish. Also figuring into MÃ©ridaâ€™s quest â€” and serving as comic relief â€” are the kingdomâ€™s three lords: the enormous Lord MacGuffin, the surly Lord Macintosh, and the disagreeable Lord Dingwall.