Bette Bourne: It Goes with the Shoes 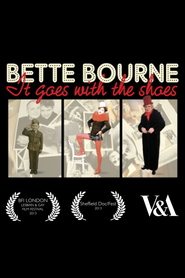 An encounter with an unforgettable legend: Bette Bourne, reveals his varied life through a series of interviews, partly based on a theatre collaboration between Bourne and Ravenhill. This is a richly enjoyable exploration of the life of a born performer with some great archive footage and rare photographs. A highly successful career on the London stage was put on hold when Bette discovered gay liberation. But out of a gay drag commune in Notting Hill, Bette fashioned a glorious theatre troupe Bloolips, bringing together a unique blend of costume, camp and musical theatre leavened with sexual politics. The film offers an insight into a passionate and gifted actor who has made a great contribution to gay life, art and politics.